The Bill & Melinda Gates Foundation is investing as much as $140 million to support development of a tiny implantable drug pump it believes could help prevent people in sub-Saharan Africa and elsewhere from becoming infected with HIV, the virus that causes AIDS.

The matchstick-size pump is being developed by Intarcia Therapeutics Inc., a closely held Boston biotechnology company. It can hold six or 12 months’ supply of medicine and is designed to deliver microdoses continuously to patients, ensuring they stay on the treatment.

The new investment, which Intarcia announced Thursday, comes amid a flurry of fresh efforts to develop HIV prevention strategies.

Last week, the National Institute of Allergy and Infectious Diseases announced a global 4,500-patient clinical trial to test whether injections every eight weeks of an experimental HIV drug, cabotegravir, from U.K.-based ViiV Healthcare is effective in preventing HIV infection. Last month, the first efficacy study of an HIV vaccine in seven years was begun in South Africa.

This is “one of the most exciting years ever in HIV prevention,” said Mitchell Warren, executive director of AVAC, a global HIV advocacy organization supported by the Gates Foundation.

Progress is needed. Despite major gains against HIV and AIDS in the past two decades, 1.9 million people become infected with the virus each year, the Joint United Nations Programme on HIV/AIDS estimates. The majority are in resource-poor regions such as sub-Saharan Africa, where the epidemic’s toll has been severe.

Experts worry that without effective prevention efforts, an emerging generation of young people are at risk of becoming infected.

“If we don’t find a way to prevent infection, we’re going to wind up with more people infected in that part of the world than we have now,” said Emilio Emini, director of the HIV program at the Gates Foundation.

Using the pump in this manner would fit a prevention strategy called pre-exposure prophylaxis, or PrEP.

Gilead Sciences Inc.’s daily pill Truvada, the only drug regulators have approved for PrEP, has been shown in clinical trials to reduce risk of HIV infection by more than 90%. It is becoming available in generic versions in some African countries. 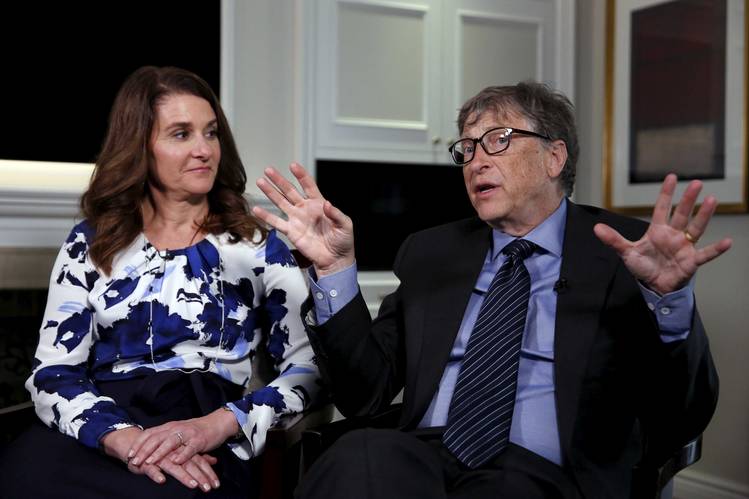 But “its real-world effectiveness is much lower than that because you have to take a pill” every day and getting healthy people to do so is difficult, Dr. Emini said. That is what makes Intarcia’s pump so attractive, he said. “You put it in and you forget it,” he said, likening it to long-acting forms of contraception. “You can immediately imagine how it could be applicable.”

Under terms of the agreement, the foundation will take a $50 million equity stake in the company and provide as much as $90 million more in grants, pegged to certain research milestones toward development of the device.

The money comes from a $1.5 billion fund the foundation has set aside apart from its larger grant-funding operation to make investments in technologies being developed in the private sector. The goal of the fund isn’t to generate a financial return but to back ideas with equity, loans and other financing that advance the foundation’s charitable mission, Andrew Farnum, the foundation’s director of program-related investments, said in an interview.

The Intarcia deal is one of about 50 such investments the foundation has made since 2009. The pump would likely find a market in the U.S. and other wealthy countries, but “the ultimate goal is developing an HIV prophylaxis device that will save lives in the developing world,” Mr. Farnum said.

Intarcia has already developed a version of the pump loaded with the diabetes drug exenatide as a treatment for patients with Type 2 diabetes. The company filed an application with the U.S. Food and Drug Administration last month to market the device, called the ITCA650. If all goes well, it could be on the market by the end of 2017.

It took a decade to develop. The challenge the company faced was to come up with a formulation of exenatide that would remain stable at body temperature for at least a year and that was potent enough to be effective at the micro doses delivered by the pump. The company mounted several phase 3 clinical trials, which demonstrated its efficacy in controlling blood sugar.

The $50 million in equity is part of a larger round of new financing for Intarcia totaling $206 million, Mr. Graves said.

The foundation, which considers prevention a critical component of its efforts to combat HIV, first heard about the Intarcia pump about a year ago while searching for technologies with the potential to provide long-term protection against the virus.

As part of the due diligence, Bill Gates visited Intarcia’s Boston headquarters in June, where he and Mr. Graves discussed the technology for nearly two hours.

The company and the foundation haven’t decided which HIV drug to put in the pump, but Mr. Graves said initial tests indicate “we have a very good probability of success” in coming up with an effective formulation.  It will likely take several years before the pump reaches the market.

If they are successful, the agreement is intended to make sure the pump available and affordable to poor populations in the developing world.

HIV vaccine test hopes for breakthrough in combat against the virus

In Pursuit Of An HIV Vaccine And The AIDS-Free Generation